The District Training Assembly occurred on April 1(no fools) 2017. It was well attended and the feedback was very positive, people learned a lot and had a fun time. The Four Way Test Speech contest finals were held and were quite remarkable. Each presentation was unique and well done and the range ot topics was quite wide. From shouldn't our country be more welcoming to the clothes we should wear, all with good use of the Four Way Test. 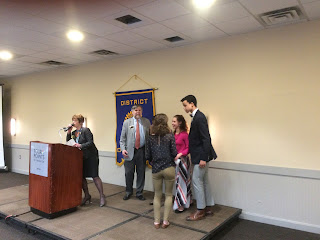 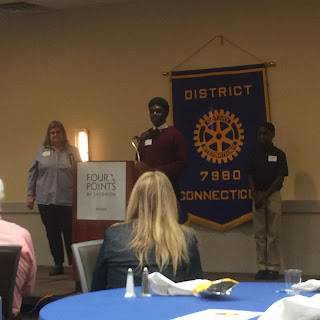 Lynda Hammond gave a Paul Harris Fellow to Mike who is starting an Interact Club at his school and graduated from St. Martins and was an important part of that Middle School Interact Club. He is also one of the student directors at RYLA. 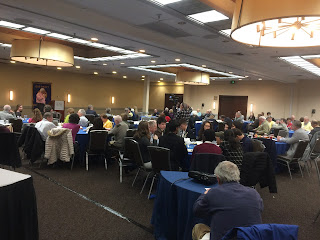 There were 170 or so Rotarians in attendance.
Posted by jack solomon at 9:04 AM