I visited Hamden Rotary club on June 6 and the recent attendees at RYLA were there. They had seven attendees from two different schools. Rajib one of this years directors attends Hamden HS In this photo in addition to the seven RYLA attendees we have on the left the Hamden Rotary President, Lynn, Dave Ullman and on the other side Paul Bergemann the President Elect. 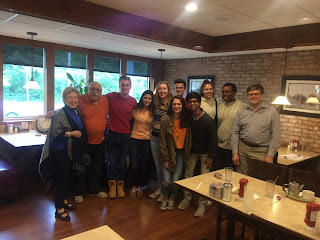 Every year Hamden has a sports dinner where they invite the high school sports teams in town and give out Rotarian athlete of the year to chosen people on each team. The coaches choose an athlete on their team who meets Rotarian principles. Athletes, coaches and parents all come. Parents pay but the club pays for others. They have done this for 41 years. It's a great event. 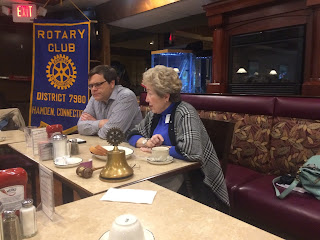 The Hamden Interact Club raised $3100 for Freshwater Focus, a multiclub project providing freshwater systems overseas. They had a kickball tournament for several schools and a badminton tournament at Hamden High.
Posted by jack solomon at 7:15 AM