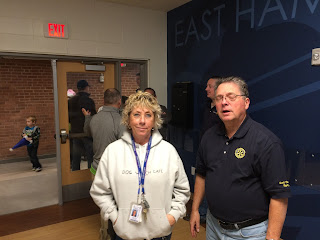 This is Kevin Reich making sure that everything is ok at the East Hampton High School where the Breakfast with Santa is held. We take over the kitchen in the cafeteria. 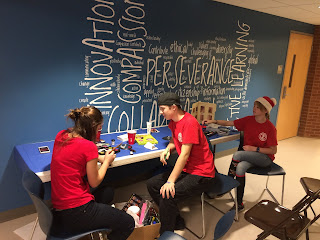 The East Hampton Interact Club also does face painting for those interested. 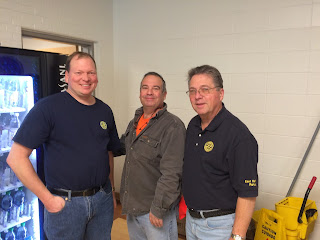 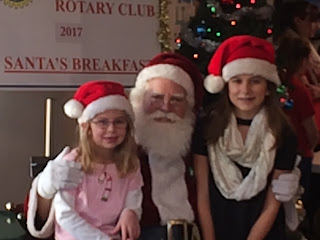 Here's Santa the star of the day with two young children, getting their picture taken 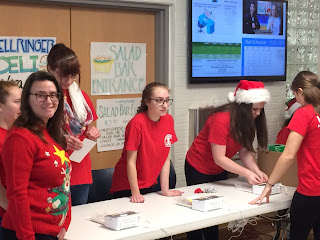 And here's more members of the Interact Club working the picture making apparatus.
Posted by jack solomon at 11:14 AM