At a meeting of the Norwich Rotary club on November 28 Dr. Jerry Lowney was given the Donald MacRae award.  District 7980 is a part of Rotary Zone 32 which consists of many zones across northern US and Canada. The Don MacRae award is given each year to a Rotarian who has done something astounding Internationally. Dr. Jerry Lowney of the Norwich Rotary Club received this award for his work in creating and growing the Haitian Health Foundation which has transformed the health and educational infrastructure in a part of Haiti.
Haitian Health Foundation 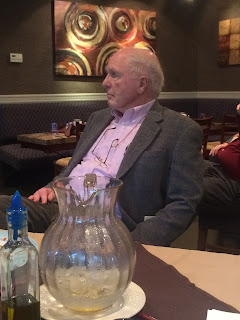 Here is Dr. Lowney before receiving the award. 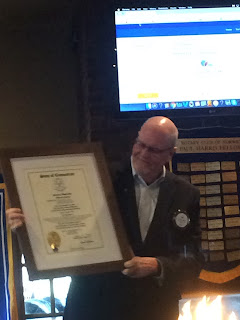 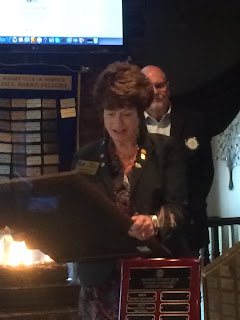 Also at this meeting Governor Trish represented a proclamation which was made concerning the club. Here is the President Elect-James Daly receiving the proclamation and Gov. Trish reading it. 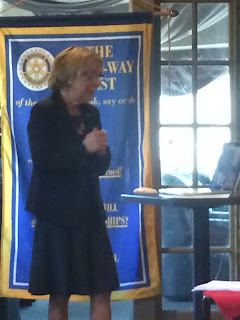